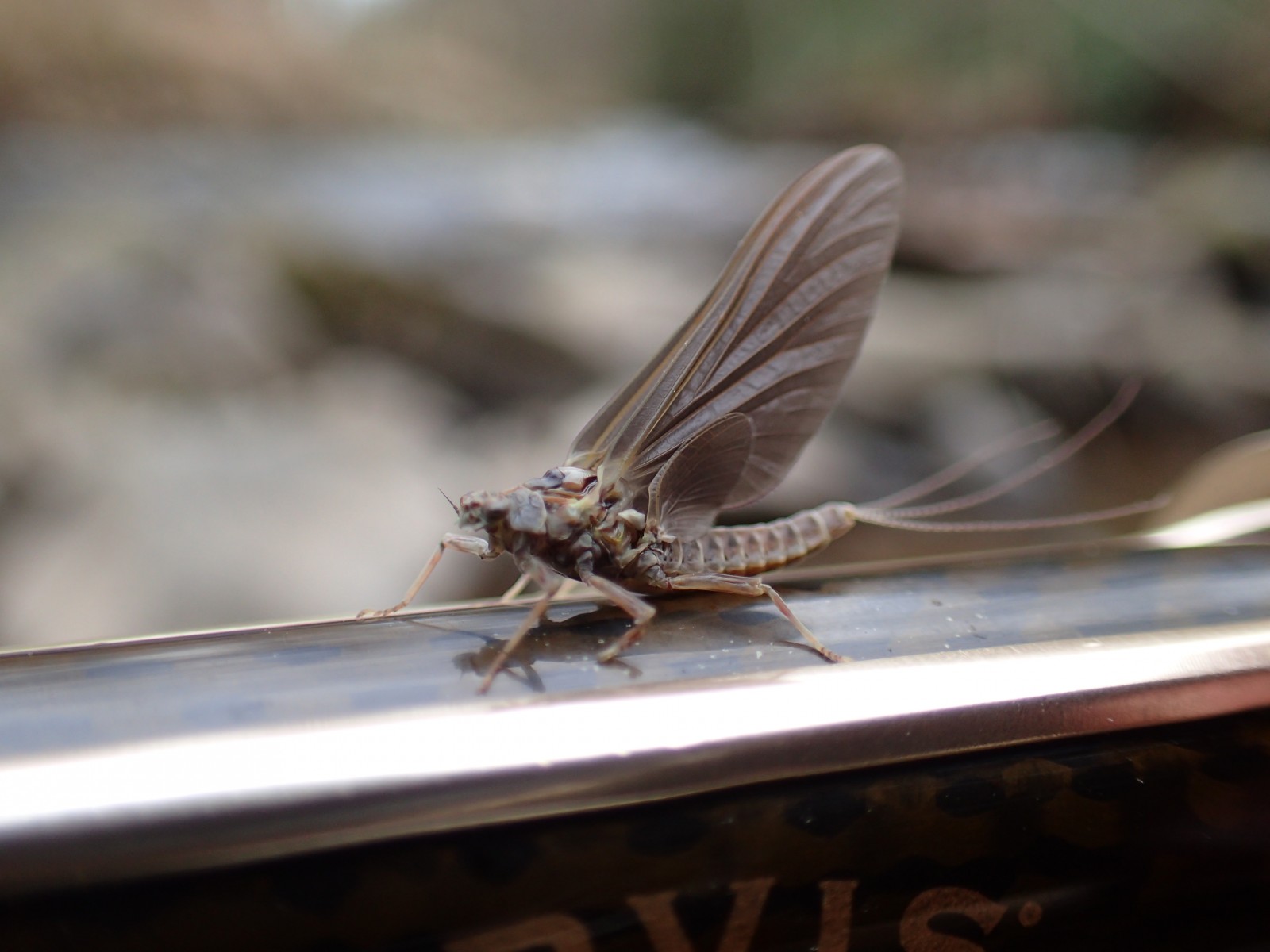 The morning started out foggy, hazy, and cool as it so often does in the spring on the Delaware River. The way the tucked away valley holds the river is spectacular - hidden by it's rolling mountains and dense tree line. Rain had picked up the flows enough to make the river nearly un-reachable by foot. That is, the big browns that lie in the system that can't be reached during high flow periods.

Rain had been coming in mists, keep the air thick as we floated through the morning dew. It was a most beautiful scene as our boat cut through the water softly, slowly moving in search of hungry, willing trout.

As the day progessed and light rain continued to fall, the river began coming alive with bugs. What started out as a few Blue Winged Olives here and there, turned into Hendricksons and Caddis dancing on the water's surface. Eventually the sought after March Browns began causually popping up. Where the swifter current met the banks of the deep slow bend pool, sure enough the fish were there. Gulping happily on the larger March Browns.

As we positioned ourselves in front of the fish to make an attempt, we watched eagerly as the fish fed on. He slowly crept to the front of the boat, half heartingly trying to stand without spooking the fish. as his line sliced through the air, the feathered imitation fell feet in front of the sought after speckled beast. Slowly the fly drifted in the current. Slowly because in those moments time seems to stop.

Just as we hoped, the large trout came after the morsel with a vengeance, and within seconds the colorful fly line was reverberating through the rod's guides and in the air. It was a thing of beauty and honor to watch the might fish fight beneath the surface. Pulling towards the boulder stricken bottom to break freee and hide.

As we held that fish in awe, I realized this is exactly where I was meant to be. These moments are everything. Everything!